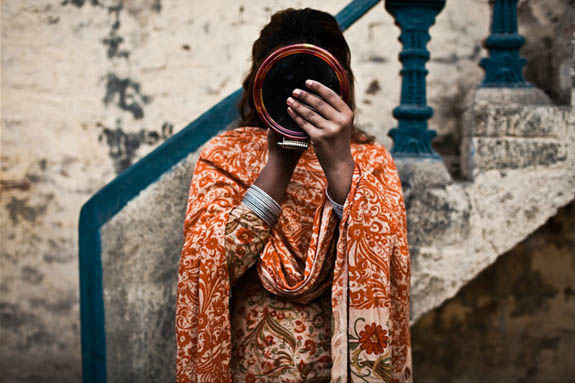 In 1971 Bangladesh won independence from Pakistan; independence came with the price that most armed conflicts extract: the rape of women as a ‘tactic’. Over the course of the almost-year long conflict, the Pakistani military raped or made sex slaves of between 200,000 and 400,000 Bangladeshi women. More contextual reading and links at the end of this post.

In 2010, the American- Bangladeshi poet Tarfia Faizullah traveled to Dhaka to interview survivors of that atrocity, whom their new government named birangona, a Bangla word that means “war heroine.” Seam is Faizullah’s collection about those interviews, and about the experience of traveling to Bangladesh to conduct them. I read some of Faizullah’s work for Berlin liest at the International Literature Festival Berlin.

1. What were you doing when they came for you?

Gleaming water sweeps over Mother’s feet. Bayonets. Teeth.
My green and yellow Eid sari flaps damply between two palm
trees. Grandfather calls to me:  mishti maya. Girl of sweetness.
Aashi, I call back. I finish braiding my hair, tie it tight. I twine a red string
around my thigh. That evening, a blade sliced through string, through
skin, red on red on red. Kutta, the man in khaki says. It is only later I realize
it is me he is calling dog. Dog. Dog.

2. Where did the Pakistani military take you, and were there others there?

Past the apothecary shop, shut down, burned flat. My heart
seized, I told it to hush. They saw  its shape and weight and wanted
it too. Past the red mosque where I first learned to touch
my forehead low, to utter the wet words blown from
my mouth again & again. Past  the school draped with banners
imploring Free Our Language, a rope steady around my throat
as they pushed me toward the dark room, the silence clotted thick
with a rotten smell, dense like pear blossoms, long strands of jute
braided fast around our wrists. Yes, there were others.

3. Were there other girls there? Did you get along with them?

Between us: a dark metal bucket, our hands touching.
We pulled water together from the muddy river we
used to sit beside before we belonged to the smoke-
watered world missing brothers & husbands & fathers. I ask for
Allah’s forgiveness: I didn’t know I would cherish the vermilion
streak she drew into the seam of her parted hair. I didn’t know my body’s
worth until they came for it. I held her as she shook at night: pondwater
scored by storm. She held me as I shook at dawn. Don’t you know
they made us watch her head fall from the rusted blade of the old
jute machine? That they made us  made us made us made us made us?

4. Would you consider yourself a survivor or victim?

Each week I pull hard  the water from the well,
bathe in my sari, wring  it out, beat it against
the flattest rocks—are you  Muslim or Bengali, they
asked again & again. Both, I said, both—then
rocks were broken along  my spine, my hair a black
fist in their hands, pulled  down into the river again
and again. Each day, each  night: river, rock, fist—
the river wanders this way,  breaks that way, that is
always the river’s play.

I listen to the percussion
of monsoon season’s wet
wail, write in my notebook
badgirl, goodgirl,
littlebeauty—in Bangla
there are words
for every kind of woman
but a raped one

5. Who was in charge at this camp? What were your days like?

All I knew was underground: bodies piled on bodies, low moans, sweat, rot seeking out scratches on our thigh, the makeshift tattoos he carved on our backs to mark us. Over milk tea and butter biscuits, the commander asks what it feels like to have dirty blood running through our  veins. There were days we wooed him, betrayed each other for his attention—now he turns me over on burlap. Outside, bundles of jute skim the wide river. I turn
my face away. Kutta, he says. You smell. Tell me anything  you know about the body, and I will tell you how it must turn against itself. Now I’ve seen a savage  girl naked, he says. How my body became an eddy, a blackblue swirl. Don’t cry, he says. How when the time  came for his choosing, we all gave in for tea, a mango, overripe.  Another chance to hear the river’s gray lull.

Poems from the Poetry Foundation

The 1971 Bangladesh war pages in Wikipedia.

This site uses Akismet to reduce spam. Learn how your comment data is processed.