Last summer I was approached by Daphne Dragona, one of Transmediale‘s curators, with a difficult text by the scholar, Lauren Berlant, ‘The Commons: Infrastructures for Troubling Times’. Daphne was taken up with the notion of ‘affective infrastructures’ developed by Berlant, that had resonance with their thinking around the next (that is, 2019), untitled, edition of Transmediale that would emphasize feelings and affect.

Daphne also asked if I would be interested in leading, or, ‘moderating’, a new format TM was trying out, the Study Circle. Knowing nothing about Studying in Circles, or Affective Infrastructures, but very curious, I said yes.

‘Affect’ is difficult to grasp, because it is not either feelings, or emotions, but here is something that might help understand what it is:

“The transmission of affect means that we are not self-contained in terms of our energies. There is no secure distinction between the ‘individual’ and the ‘environment’” (Brennan 6). Because affect is unformed and unstructured (unlike feelings and emotions) it can be transmitted between bodies. The importance of affect rests upon the fact that in many cases the message consciously received may be of less import to the receiver of that message than his or her non-conscious affective resonance with the source of the message. … Every form of communication where facial expressions, respiration, tone of voice, and posture are perceptible can transmit affect, and that list includes nearly every form of mediated communication other than the one you are currently experiencing. ” (Shouse, 2005)

Affect and feelings are what infants have, for example, but not emotions; because you need language to process your feelings, structure and convey them. I find these distinctions really interesting when you think about it from the perspective of infrastructure. Because affect is something not easily structured but can be conveyed through media, it inspires and resonates “independent of content or meaning” (Shouse again).

What does it mean if the things that make us human, that precede feelings and emotions, and can be transmitted between people, become an infrastructure? This is what I have spent the past six months thinking about!

And more than six months and many long distance VOIP calls between Brussels, Berlin, London, Rio, Mexico City and New York City later, eight of us wrote a text collaboratively about Affective Infrastructures, did a workshop and put on a three hour discussion-based event at Transmediale in January.

The collaborative text writing was my favourite part. I loved that we were able to write together in real time, as if talking but without the social pressure that comes with talking in a group. And this is thanks to my co-moderator Femke Snelting of Constant VZW in Brussels, for her thoughtfulness, wisdom, companionship; and for the free/libre infrastructure Constant makes available and defends the right to.

Over the past three months, I have been working with the Transmediale curatorial team as a moderator of a ‘Study Circle’ on ‘Affective Infrastructures’, a term borrowed from the scholar, Lauren Berlant. The Study Circle is made up of seven other (fantastic) scholars, activists and artists: Femke Snelting (co-moderator), Marija Bozinovska Jones, Lou Cornum, Nadege, Fernanda Monteiro, Pedro Oliveira and Tung Hui-Hu.

This year’s festival does not have an overarching theme or focus but, rather, emphasises “how feelings are made into objects of technological design and asks what role emotions and empathy play within digital culture. One of the key questions of the upcoming festival is “What moves you?”, referring not only to an emotional response but also to the infrastructures and aesthetics that govern how affect becomes mobilized as a political force today.”

Our Study Circle met for a one day in-person meeting in Berlin (with three people beaming in remotely), and then continued to meet and write remotely over a few months to figure out what ‘affective infrastructures’ are and why we should think about them. Here is what we say:

“As machine reading systems increasingly capture emotions, classify behaviours, and influence collective feeling, the need for a different relation with both ‘infrastructure’ and ‘affect’ emerges. Over the past months, this Study Circle has explored and exemplified ‘affective infrastructures’ by building an inventory, or more appropriately, an ‘archipelago’ of items: Accent recognition systems, artificial companions, emojis, #metoo spreadsheets, language/s and code/s, keeping associations among them purposely loose and open. At this event, the Study Circle participants will introduce, perform, and discuss entries from the archipelago and explore how imaginative, living infrastructures can accommodate multiplicity and difference, mobilize bodies and build new worlds.”

Our Study Circle will do a workshop and a public event. Something we wrote about Affective Infrastructures is going to be up and online soon. Please come through!

Last week I was invited to take part in a performance event about black boxes, finance, and the algorithmic condition: Making The Black Box Speak, an episode in the second season of a show called The Future of Demonstration designed and produced by Gerald Nestler and Sylvia Eckermann.

I was curious about it because it was not the traditional panel/lecture format, included a choir, stunt artists, and a whistleblower ‘quant’ – one of the early architects of automated high frequency trading. It was pretty dramatic and lots of fun to be part of it. The audience really liked it too. I am not sure that it’s quite the same when you watch the recording however.

It has been a hot, busy summer. I haven’t taken a break yet except for four days in Yosemite National Park (which was stunning) after the Tech, Law & Society Summer Institute at UC Irvine in California. I spent a lot of time traveling between Berlin and Lüneburg for my fellowship at MECS. It was blissful having office space and solitude to write. I feel like I’ve made some headway with my research but its early days yet in terms of actual words on the page that will make it into a dissertation.

I synthesized some of these ideas in the 2018 State of Responsible IoT Report, titled ‘A-Words: Accountability, Automation Agency, AI’ I also worked them into a 53s video for a ‘Thoughts of the Week’ series by Deutsche Bank that you can watch here:

One of the other things I started over the summer was work with colleagues at the Centre for Digital Cultures at Leuphana to edit a new issue of Spheres. The theme for this Winter 2019 issue is the ‘Spectre of Artificial Intelligence‘. We have got some really exciting articles from not-your-usual suspects and addressing AI from diverse perspectives, from Area Studies to Sound Studies.

It has also been a pretty hectic summer for fieldwork interviews, conferences and events. I presented papers or gave talks here:

– Data Justice 2018 at the new Data Justice Lab at Cardiff University.
– Policy frameworks for Digital Platforms: From Openness to Inclusion. IT For Change and the Center for Policy Studies, IIT Bombay.
– Tech, Law & Society Summer Institute at UC Irvine, CA.
– 4S – Annual Conference of the Society for the Social Studies of Science, Sydney.

I feel like I have been listening a lot more than I have been talking (I promise! really!) and reading a lot of new things. I have spent a lot of time walking around in circles in airports and struggling with new ideas. This means I’ve got some new, challenging, interesting things to try out for size. I’m excited for Autumn. So here’s what is coming up:

Please come and say hello if our paths cross.

The ThingsCon report The State of Responsible IoT is an annual collection of essays by experts from the ThingsCon community. In this essay I discuss approaches to accountability in human and non-human systems in contexts of error, breakdown and disaster. My interest in accountability in the AI context is part of an ongoing research project that investigates autonomy: Can you hold something that is not human and is autonomous accountable for something? What is autonomy then? How do various states of autonomy in non-humans and humans in a large, complex technical system result in errors and breakdowns? Read more

I just started a six month part-time fellowship at the MECS – Media Cultures of Computer Simulation – Institute for Advanced Study at my home institution, Leuphana University, in Lüneburg, Germany. Here is what I’m working on there. I’m in great company with some really smart PhDs and Post-Docs and am really happy to be part of this community. 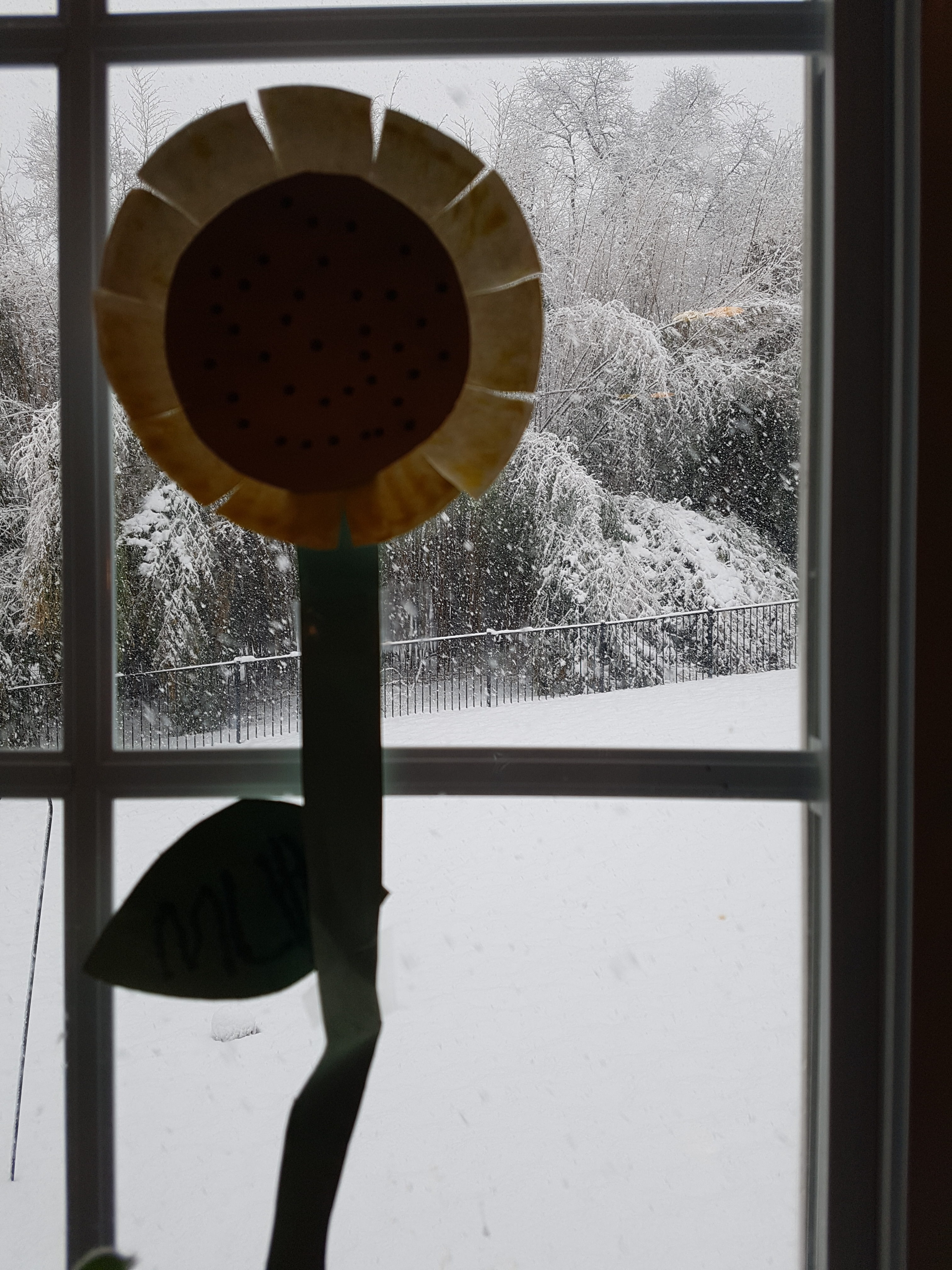 Aside from being on a treadmill of writing proposals and applications for money/workshops/summer institutes/fellowships, January and February were good months for staying indoors and writing. I wrote about big data, biometrics and Aadhaar for Cyborgology; this was a short version of the longer piece originally commissioned by Tactical Tech for their new Our Data Our Selves project.

I recently came across the Center for Humane Technology and tried to write something measured (read: stuffed my cynicism into a box) about their philosophy and practice of disconnection from the internet and what is problematic about the individual ‘responsibilization‘ for everything that is wrong with the information economy. And followed that up drawing on Sarah Sharma’s work to think through the CFHT’s construction of ‘time well spent’.

Also, winter was a time for sowing seeds. More to come on all that. 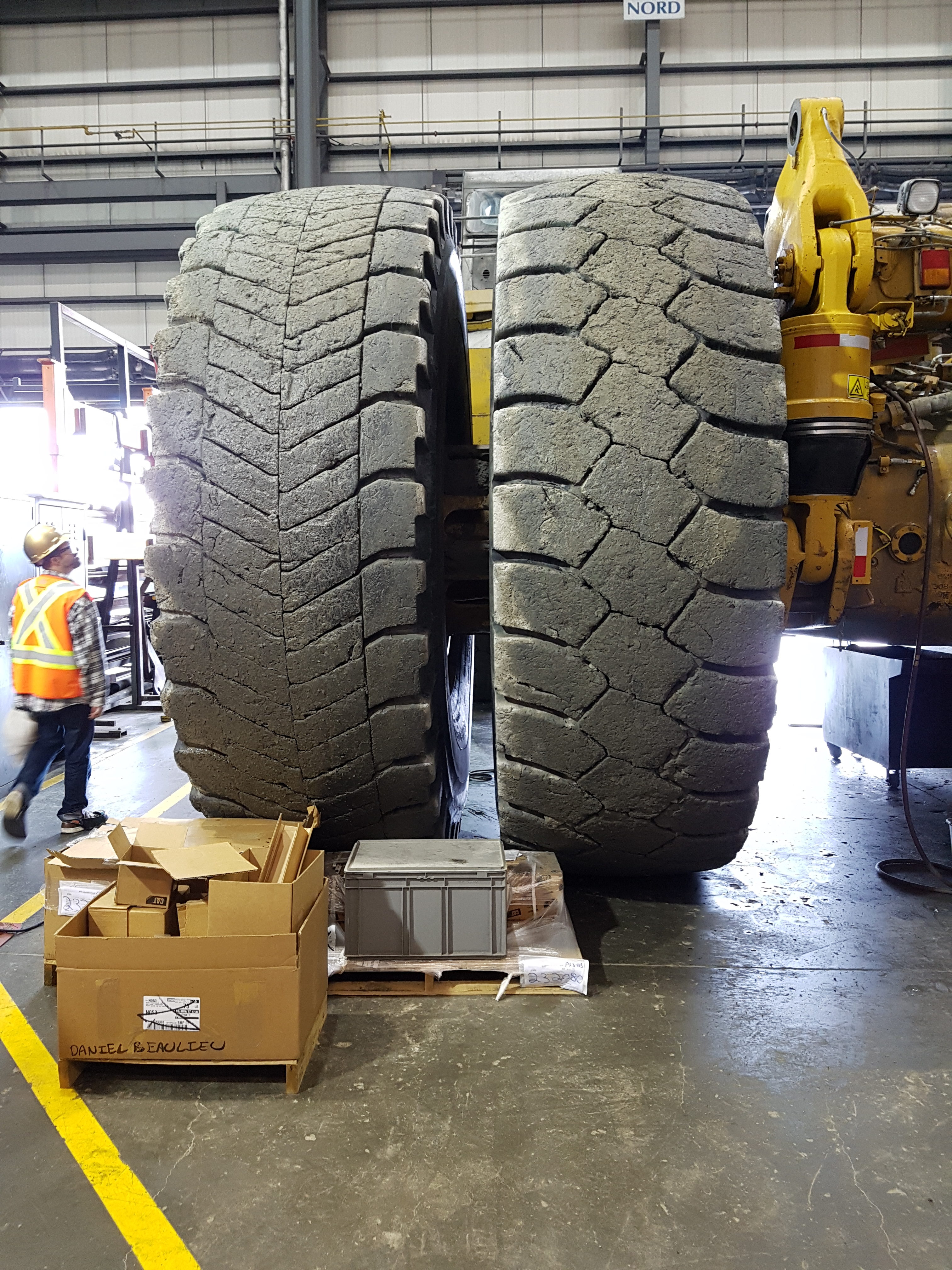 The Planetary Futures Summer School was a gift in terms of material to chew on and write about. I had a post up on Cyborgology about the visit to the Malartic Gold Mine.

“A mine is a complex space of flows” says Dr. Mostafa Benzaazoua.

I’m not expecting a professor of geological engineering to use a phrase from the media studies cannon. I write in my notebook” “maybe media studies before mining science?!!!” Or perhaps that phrase has now entered into everyday scholarly parlance. Over the course of the next few hours, Dr. Benzaazoua gives us a detail-rich lecture on how gold is mined from the earth, and the spaces of flows the mine and its products inhabit. The next day we leave before dawn to visit Canada’s largest open pit gold mine.

When you visit an open pit gold mine, it takes time for your eyes to adjust to the grayscale landscape. More lunar than Luxor, you don’t see anything even remotely golden at a gold mine, except perhaps the cheesy gold hard hats (we) visitors wear. We are watching the open pit of the mine from a viewing gallery many metres away and above it; it is very, very quiet here. You expect to hear something, but we’re too far away to hear the machines drill the earth and bring up rocks, which are loaded into large trucks. Each truck has eight wheels, each wheel costs $42,000 and is about ten feet high. The trucks lumber about like friendly, giant worker-animals. To drive them requires significant skill; we are told that women make better drivers. The trucks take the rocks away to the factory where they are analysed for gold.

Someone says something later about the mine being cyborg: the organic Earth, with its transformative automated elements – the drilling machines, trucks, – and the ‘intra-action’ of the two being the mine itself. 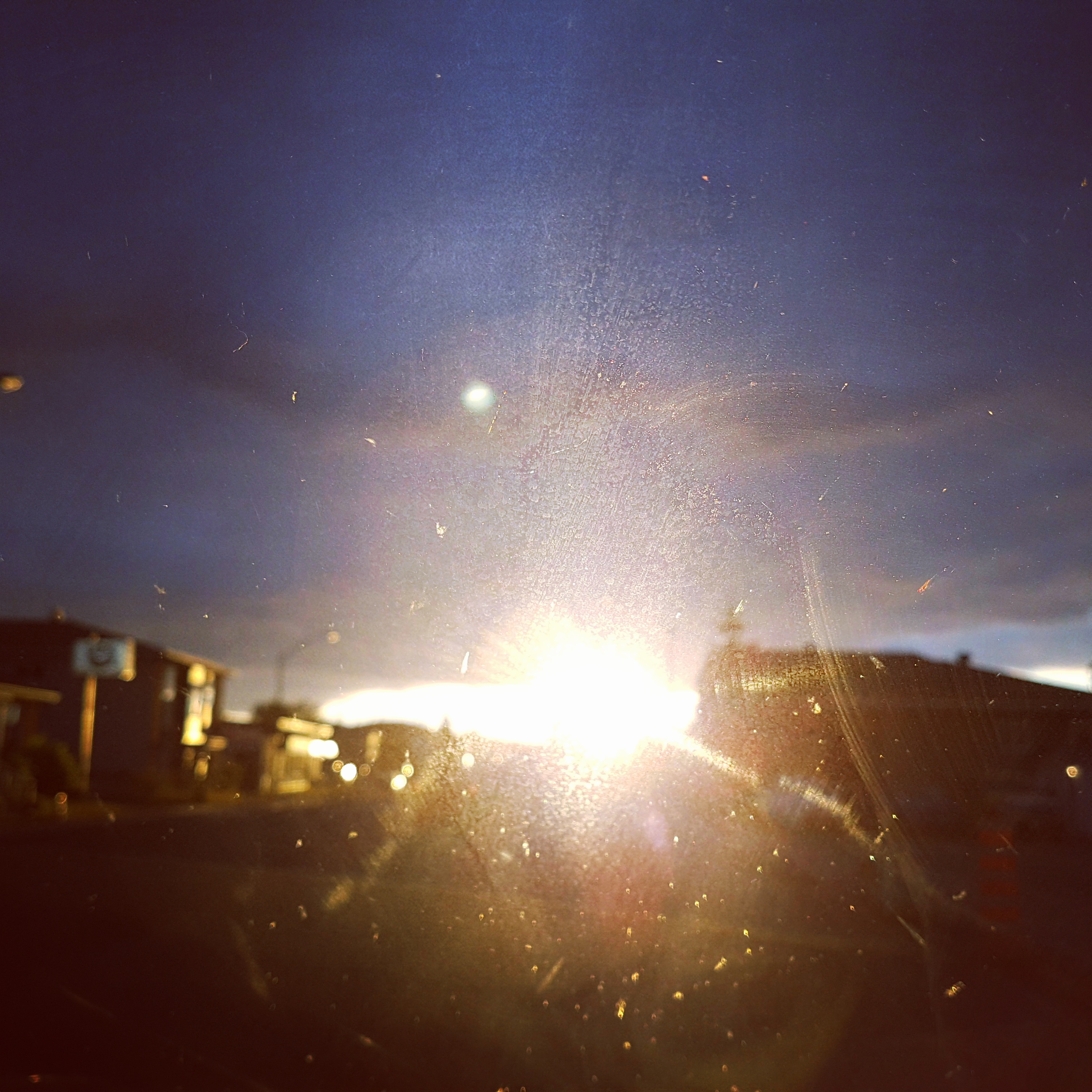 I spent two weeks in August at Planetary Futures, a summer school at Concordia University in Montreal organised by Orit Halpern, Marie-Pier Boucher, and Pierre Louis Patoine, and hosted at Milieux, the centre for art, technology, and culture at Concordia. The course made links between planetary scale catastrophe and the Anthropocene, and histories of infrastructure, colonialism, and investigated design and fiction as vehicles of speculation about the future(s). It brought

“together the disciplines of the arts, humanities, social sciences, and sciences to collectively investigate this question of how we shall inhabit the world in the face of the current ecological crisis and to rethink concepts and practices of environment, ecology, difference, and technology to envision, and create, a more just, sustainable, and diverse planet. The course will include field visits to extraction sites, energy infrastructures, earth science installations, and speculative architecture and design projects.”